The Liberty Group, 100 Years and Counting

BERKELEY HEIGHTS, NJ — During the 100 years since its founding, The Liberty Group and the United States have faced tough times — a market crash, the Great Depression, five-plus wars, an oil crisis, the 9/11 terrorist attacks, HIV and Ebola.  “Whatever was happening to this country, Liberty went through it,” said Liberty’s Partner John Lusardi.

Today the company is standing strong in the face of the COVID-19 Pandemic, but “We all know the pandemic has not been easy for a lot of small businesses. It is devastating behind scenes. We are very fortunate to be able to service clients during the pandemic and be essential,” Lusardi said during a recent interview.

As the 100th anniversary of The Liberty Group approached, Lusardi said there were plans for events for clients, family and friends to celebrate the milestone, but all plans were put on hold when the Coronavirus struck. Instead, they put together a brief history of the firm for sales people to share with clients, added the information to the website, and then continued serving their customers and clients. When the time comes, probably later in 2021, they can celebrate getting through this year and the company’s 100th anniversary, but not now, he said. What the group is doing to help those who are not as fortunate, is holding a Coat Drive to benefit Howard’s Mission, which distributes necessities directly to the homeless in New Jersey and New York. New or gently used coats can be donated from 9 a.m. to 3 p.m. through Dec. 18, in the atrium at the front entrance of The Liberty Group headquarters, 50 Industrial Road, Berkeley Heights. Before the New Year, volunteers will take the coats to Howard’s Mission. Learn more about the organization at www.howardsmission.com.

Joe Lusardi, John’s Grandfather, founded Liberty Group Moving in 1920, as an off-shoot of an ice delivery business he developed. He traveled between New York and New Jersey every day and people began to ask him to take large pieces of furniture with him when he was delivering ice, or returning with an empty truck. He quickly realized there was a brighter future for furniture movers and purchased his first moving truck.

The rest is history, not just of The Liberty Group but of the state, country and world — the firm offers its services in more than 100 countries. Today, The Liberty Group is an agent for United Van Lines and Mayflower and provides moving and storage services for both companies. It also provides maintenance services for corporations and hospitals and document shredding services to corporations, governments, service groups and individuals.

Unlike many businesses, thus year there has been no downtime for employees. Each of the company’s lines of business have been considered “essential from day one … We have had no time off as a group,” said Lusardi.

The many “For Sale” and “Sold” signs in the area are evidence the moving side of the business is still busy. People living in the city are coming out to the suburbs and many people in the suburbs have decided to retire early, he said. There have been studies by both United Van Lines and Mayflower on what fueled the growth of the relocation business which indicate that when employees were told to work from home, they realized they “could relocate wherever they wanted to” so they did and in great numbers, Lusardi said.

The commercial moving business has also changed. Some large corporations, including Fortune 500 firms, “are exiting office spaces” and not renewing leases. That means the office spaces need to be decommissioned, which calls for a commercial mover. Some firms are moving within a town, others are consolidating their workforce and “minimizing the square feet needed,” Lusardi said.

Baby Boomers, those born between 1946 and 1964, are fading out, and Gen X (1965-1980) and Millennials (1981-1996) are making up more of the workforce, Lusardi said. Time will tell how corporations adjust to this change in their staffing. Right now, corporations are still deciding whether to give up on large brick and mortar buildings and instead “have field offices in the suburbs,” Lusardi said. He added these type of changes were something people expected, in 10 to 15 years, not 2020.

The pandemic also changed the focus of The Liberty Group’s maintenance operations — many clients needed to have disinfection services, so the group added “COVID cleaning” services to its list of services, as well as plexiglass installation. At other locations, “general cleaning stopped,” Lusardi said, because there were no employees present.

The document shredding continues, at companies and at private homes, as offices close, and people move. “It’s a great service that people like. It’s a way to declutter and do it safely,“ he said.

The Liberty Group is a one-source solution for all of your business’ necessities, ensuring complete customer satisfaction, since 1920! 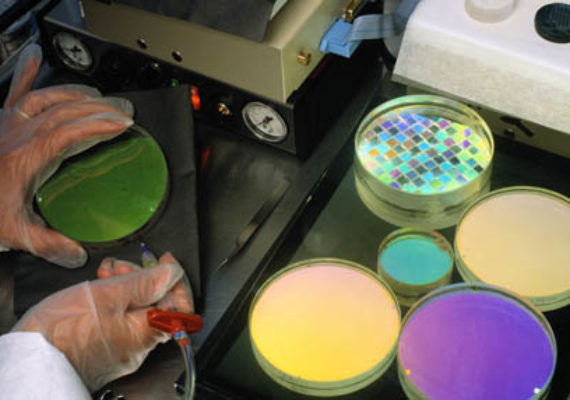 Tips for a Successful Lab Relocation

Our Move Coordinators strive to help your transferees arrive at their destinations stress-free, so they
Read more At UniGroup Logistics, we understand that timing and operational consistency are critical to your success.
Read more What You Should Know Before Requesting Services From Any Moving Company Technology is constantly changing, and as products are replaced, they need to be upgraded, replaced,
Read more